National Trust Holiday Cottages has been named in the British Travel Awards 2012 as the winner of Best UK Cottage/Self Catering Booking Company.

The announcement was made on 1 November at a glamorous Gala Awards Dinner held at Battersea Evolution in London, attended by more than a thousand travel industry people.

National Trust Holiday Cottages have been operating as a holiday cottage business for over 50 years with some cottages dating back to at least the 15th century.  Today there are nearly 400 all with a unique style and character set in outstanding locations across the UK with all profits from bookings going directly back in to the National Trust’s conservation work.

'It is fabulous to be recognised in such high profile awards which are voted for by consumers and is a massive achievement for us and our unique product.

'The award is a tribute to the hard work and commitment of everyone at National Trust holiday cottages, from our contact centre team who deal directly with customers to the individuals who look after preparing and operating our portfolio of cottages across England, Wales and Northern Ireland.'

'This year more than one million votes were cast by consumers to determine the winners of the coveted British Travel Awards. The Awards were created to reward travel companies, with the winning accolade being the benchmark for excellence when it comes to finding out who really is the best in the business of travel for the UK consumer.

'National Trust Holiday Cottages is to be congratulated on their achievement.'

How the winners were picked

Companies were nominated by the public before being voted for by the British consumer, including readers of News International publications – The Times, Sunday Times, the Sun and the Sunday Sun - listeners of  Global Radio stations, including LBC and readers of the British Travel Awards magazine, Check-In.

The voting process and results are overseen, scrutinized and audited by Deloitte LLP. 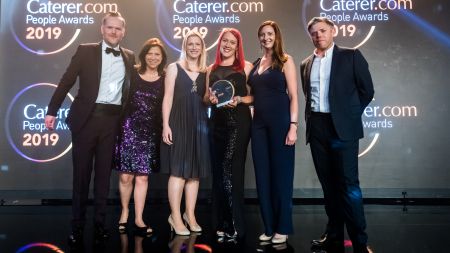